It’s time for the Week 10 Weigh-In if you’re participating in the 2019 Keto Challenge. You can post your progress in the group thread, or here on this post if you prefer. It’s never too late to join in! See the challenge details here.

As for me, I still weigh the same as I did last week (143.8 pounds) which is pretty typical for me. My weight moves slow. ?

I’ve been eating way less than I normally do over the last week though, both in portions or amounts and in calories. I just haven’t had much of an appetite for some reason.

I never seem to lose weight the weeks I eat less though. I’m one of those anomalies. ? ?

I’ve been super busy and on the go so my meals have been really simple lately, meaning: boring – lol.

I did make a fabulous meal at home and picked up a great drive-through meal though. And I had a GREAT idea for a keto side dish that I’ll share with you too because I’d love your feedback on it…

I picked up some groceries last week including beef tips, and several people asked me how I was going to cook those. I made them in the slow cooker, which I find is a foolproof way to cook a beef or pork roast or to make beef stew.

My recipe is simple: dump it in the slow cooker and turn it on high for 5 hours. ? 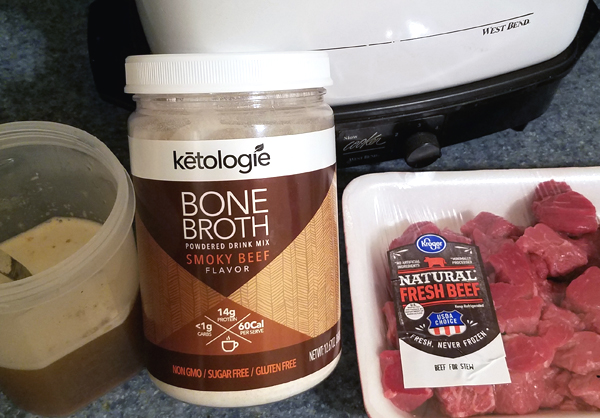 I used to put potatoes and carrots in with the meat of course, but for this meal I made cheesy cauliflower rice to serve the beef tips over instead.

I also used to use the McCormick Pot Roast Seasoning Packet mixed with water – but now I use Ketologie smoky beef bone broth instead. It’s high quality bone broth and it has collagen in it. And it’s seasoned SO good!

I love to DRINK the Ketologie roast chicken bone broth, but the beef broth I only like to cook with. It’s great for simmering, or crockpot & slow cooker recipes! The beef tips turned out super tender and very tasty. ?

I used this one, which I found in the Kroger deli: I added 4 TBSP of the zero carb pimento cheese to one bag of cauliflower rice. 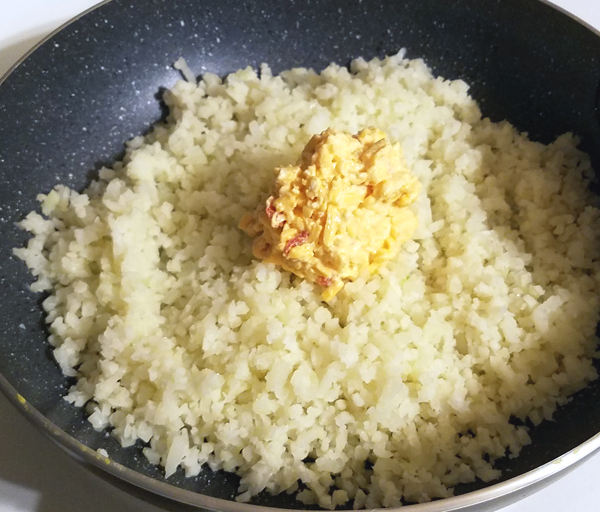 It melts down nice and creamy! 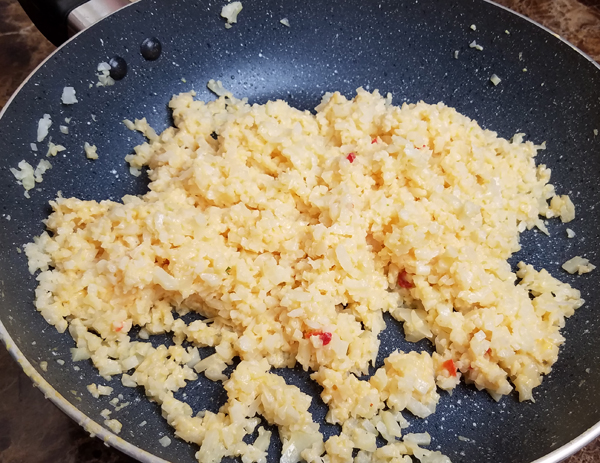 I made three meals out of all that, which was convenient.

The first time I had the beef tips and a bit of the “gravy” over the cauliflower rice.

The second time I had more of the broth and made it more like a bowl of beef stew: 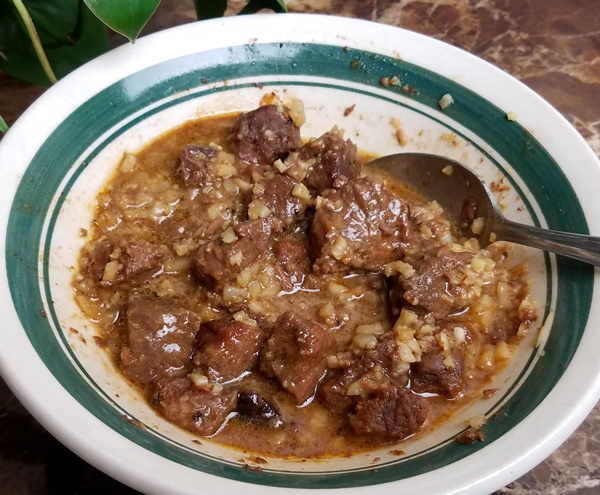 And when I finished the third and last portion of this meal, I added a serving of macadamia nuts to it for a nice salty crunch. ? This is a 28 gram serving of macadamia nuts, by the way. You really have to weigh them, because nuts are all different sizes and weights – and they don’t fit in a measuring cup right.

Meaning you cheat yourself out of quite a few nuts if you’re just counting them out or using measuring cups. ? 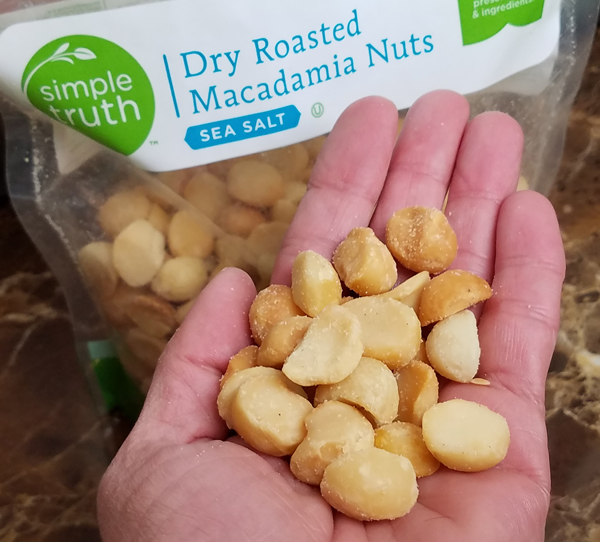 I use a small inexpensive Ozeri kitchen scale, which is great for properly tracking your macros and also for portion control.

Cooking up that one big meal was great because it made three separate meals for me over a busy weekend, and even busier start to this week.

Other than that I’ve been eating really simple, like my usual cheesy eggs – because they’re quick and easy, great macros and real food. ? 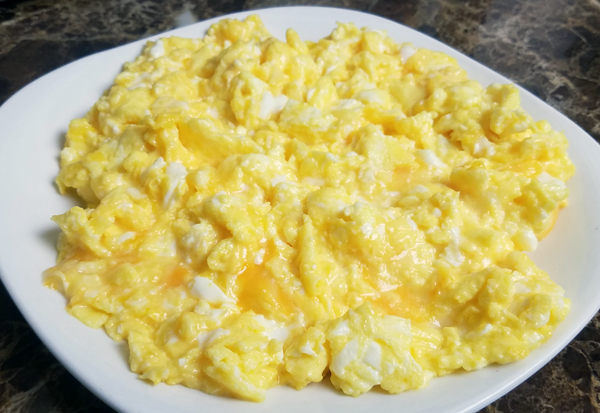 A few times I’ve had a bowl of Lolli’s Low Carb Granola with unsweetened almond milk as “keto cereal” for something quick and easy: 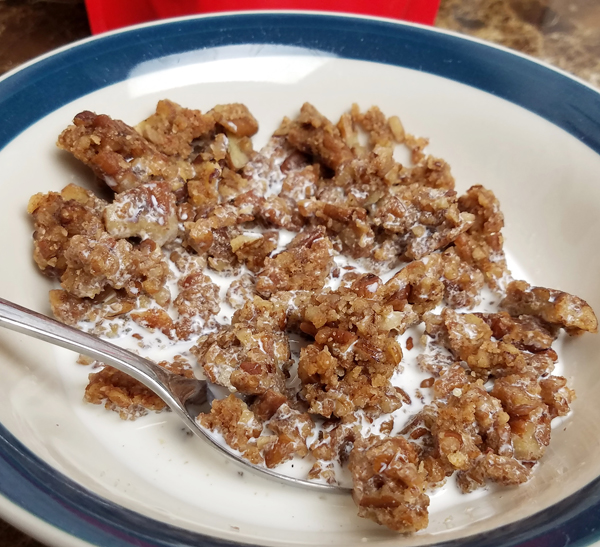 And then Monday night I worked late, and a friend brought over some wings when I got done at 8pm. I felt quite hungry by then, but still didn’t have a huge appetite – so I only ate 5 wings.

These are the “plain traditional bone-in wings, no sauce please” from Zaxby’s. And unlike Domino’s wings they really are JUST chicken and zero carbs. ?

Their ranch cup is only 2 carbs too, and a large size. 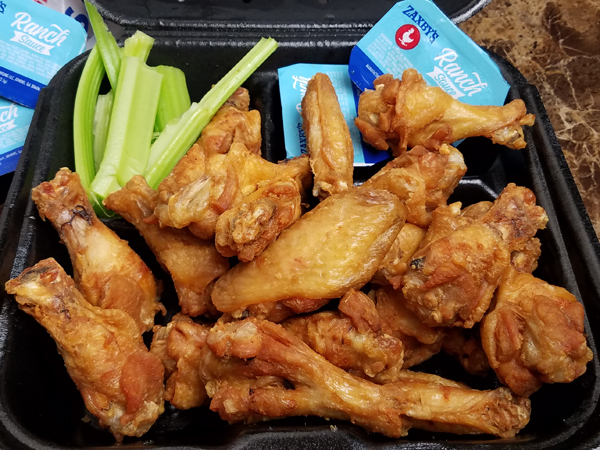 Those wings were the highlight of my week. ?

We just got a Zaxby’s in my town recently, so I expect I’ll be eating those often!

Here are my MyFitnessPal logs for the last two days: 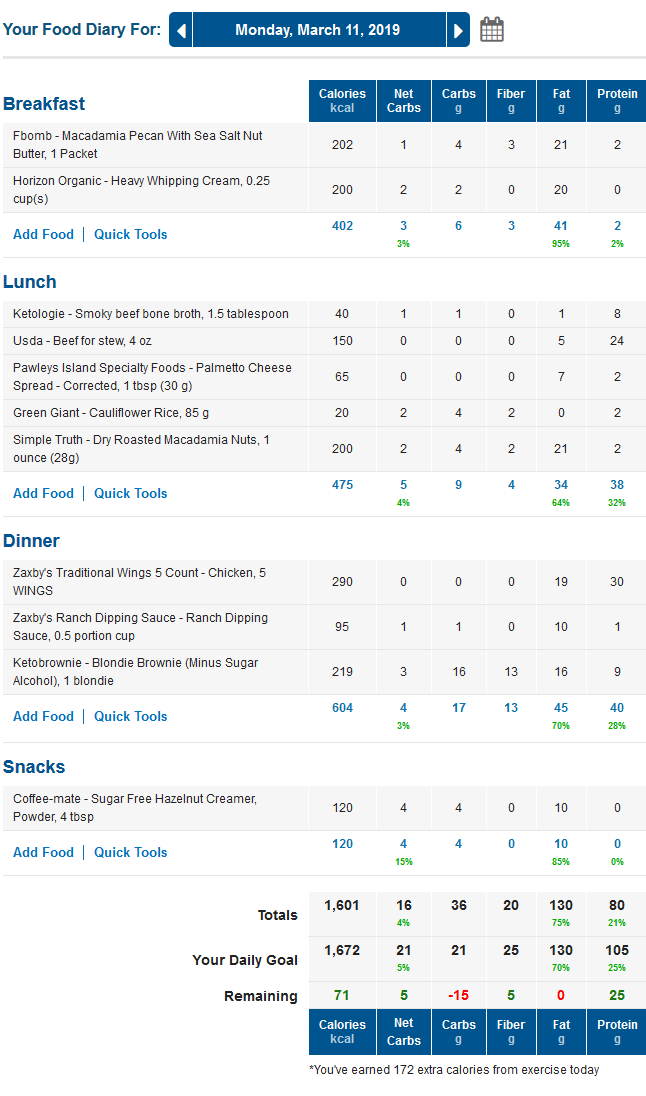 Monday was 1601 calories and 16 net carbs – and I’ll explain the FBOMB and HWC in the breakfast section in a minute.

Oh and I had a KetoBrownie Blondie that night too.

Tuesday the only real meal I had was the HUGE plate of cheesy eggs. 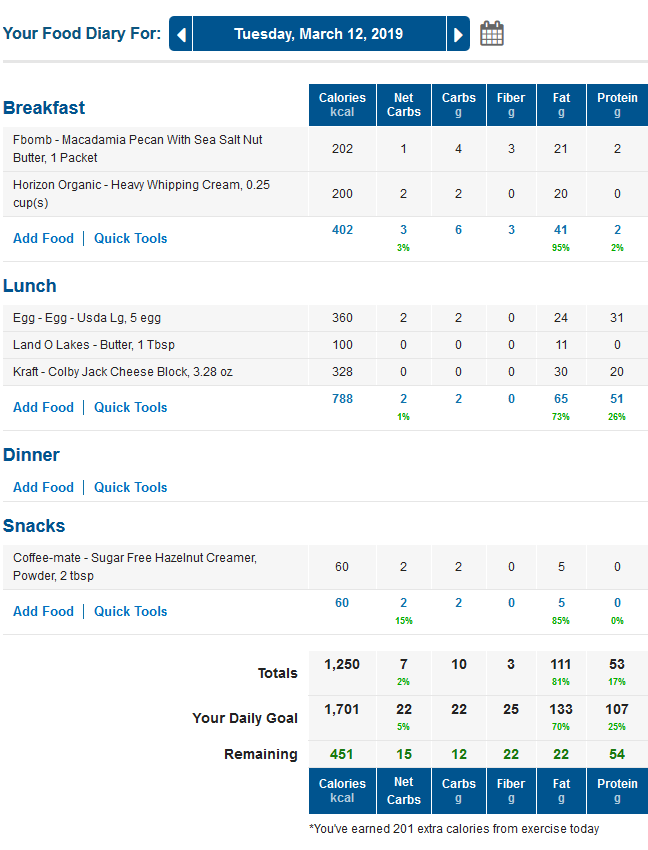 How To Get Net Carbs In MyFitnessPal (Free)

The HWC you see in my breakfast entries in the MyFitnessPal logs above were in my Starbucks iced coffee both days. It was actually ONE coffee split over two days.

I brought the rest home the first day and finished it the next morning, which is why you only see 1/4 cup of heavy cream logged. 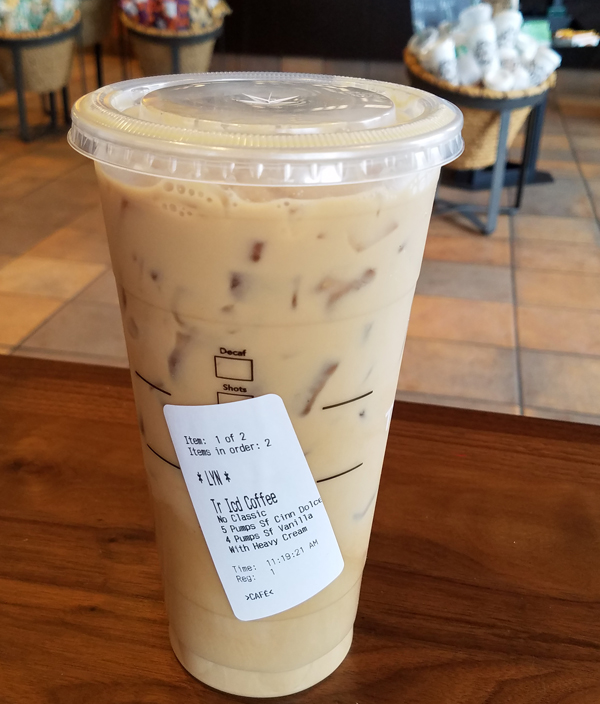 This is my usual Starbucks order and it raises A LOT of questions (and eyebrows, lol) around the web… so in my next post I’m going to explain what you should know about the ingredients…

Stay tuned for that! ?

As for the FBOMB entries you see in my food log, that’s because I was on the road EARLY both days and simply had one of those “real food” nut butter packets on the go both days around mid-morning: 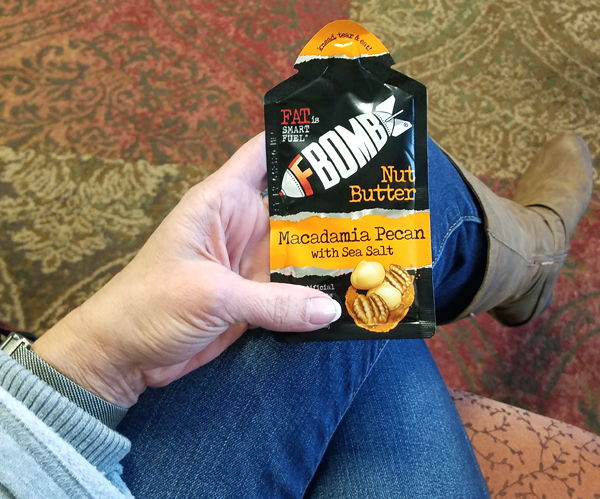 These are so portable and convenient on the go, and satisfying enough to serve as a meal replacement for me. I love that! ❤

I have a 20% off discount coded into my affiliate link here for us.

The beef tips and cauliflower rice were both from the groceries I picked up at Kroger last week: 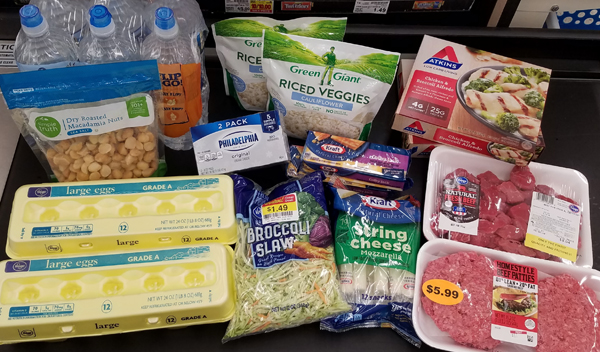 I’m going to use the eggs and cream cheese to make my blueberry french toast sticks recipe tonight or tomorrow. And I thought today I’d make the hamburger steaks and broccoli slaw.

I usually just saute the broccoli slaw in butter, but I’m thinking it would taste GREAT cooked crisp with minced garlic – and topped with a hamburger steak. I may cook all of it like that then put the other half of the roasted/crisp slaw in the refrigerator…

Then I could make a “cole slaw” out of that cold roasted broccoli slaw by mixing it with mayo or dressing for a cold salad side dish.

What do you think of that idea? Cooked vs raw for a cold salad?

I think it sounds delicious roasted crisp in a cold salad!

How are things going with you?

Don’t forget to weigh in today…